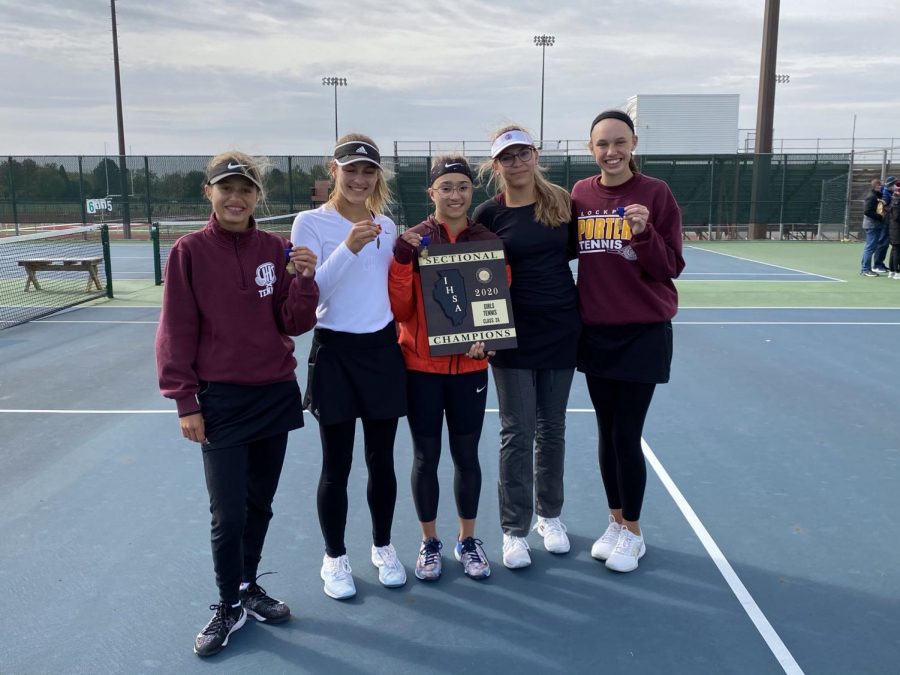 The Lockport girls varsity tennis team finished off a successful season by winning the IHSA Sectional tournament. There were some complications that the team had to face due to COVID-19, but they made the most of the unfamiliar circumstances, and Coach Bob Champlin was pleased with their results.

This season has been different from any other due to COVID-19. The team was not able to participate in several tournaments that had been scheduled, and they had to play teams from around the area multiple times. “We took temperatures like the other sports did, and tried to maintain social distancing whenever possible,” Coach Champlin said.   “The girls did a good job in maintaining good health practices.”

Another result of COVID-19 is the cancellation of the state tournament for tennis. Other fall sports, like golf and cross country, had their state competitions also cancelled. Coach Champlin was confident that his team would have done well if given the opportunity at state.

Overall, Coach Champlin called the season a success, but says that it’s more than just about sports. “More importantly, it gives the girls an opportunity to have some normalcy in their lives, with relationships between each other and their coaches.”