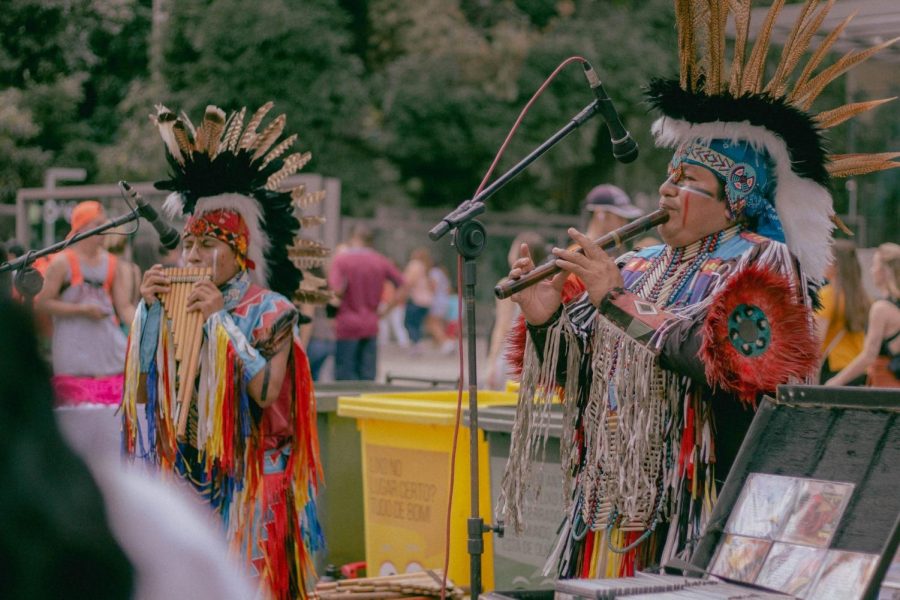 November is a time to celebrate the rich and diverse traditions, history, contributions,and culture of the indigenous people. The indigenous people were the first people of the Americas and without the natives, America would not be where it is today, and most likely wouldn’t exist.

Beliefs and traditions that the native american people hold dear, are Pow Wows that originated as a celebration of success from hunting or battling, and today are joyful occasions to reconnect to traditions and culture, with drum music.

Drum circles are common in ceremonies for many people. The drum beat’s rhythm represents the “Mother Earth’s heat.” Native Americans believe the drum beat is a symbol of unity with different tribes and one’s spirit their physical self.

Another tradition called “the stomp dance” is meaningful because of its representation, the center fire is the light of the sun, a life giving and sacred symbolism. A circle arranged, counter clockwise, linked dance as a “moving praye” also creating unity in the community.

Modern day clothing is whatever you want but some of the beautiful traditional clothes still exist, such as buckskins, ribbon dresses, and beaded moccasins,and are still worn in many tribes, particularly to formal events.

Traditional native singing is a beautiful and culturally special significance in many native traditions.

The native american culture is beautiful and is truly a culture of unity. The original natives helped take care of the pilgrims and paved the way for America’s existence. A culture of respect and community.