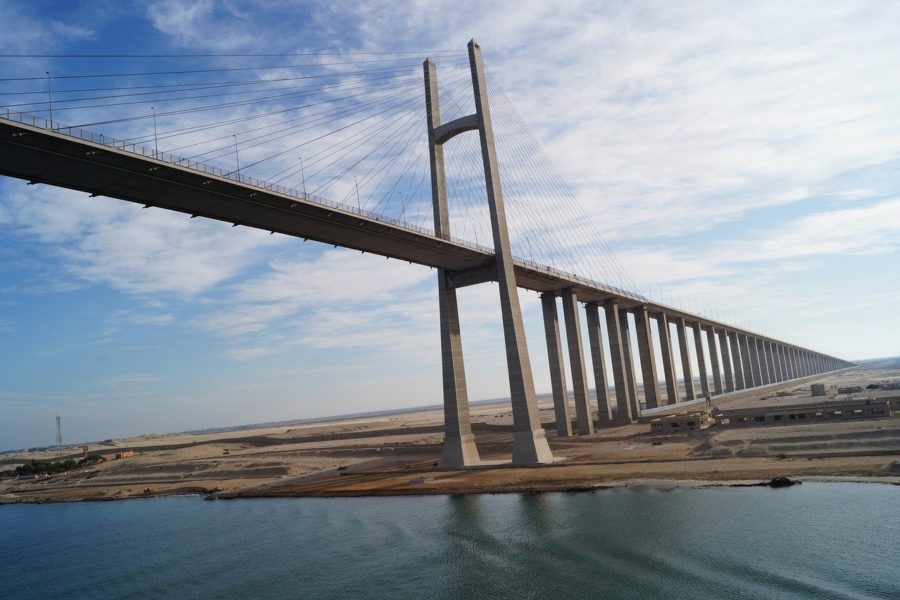 Image by Sabine Fischer from Pixabay

The Suez Canal is a 120 mile sea-level waterway that connects the Mediterranean and Red Seas which separates Africa and Asia. It is one of the most populated shipping canals in the world and it also provides the shortest maritime route between Europe and lands around the Indian and Western Pacific Ocean. The Britannica explains that, “In 1870, the canal’s first full year of operation, there were 486 transits, or fewer than 2 per day…In 2018 there were 18,174 transits with a net annual tonnage of about 1,139,630,000 metric tons (1,121,163,000 long tons).” The canal was expanded in August 2015 by adding a 22 mile expansion running parallel to the canal allowing it to be a two-way canal.

On March 23, the Suez Canal was blocked by a 20,000 TEU container ship called the Ever Given. The Japanese owned container ship was 1,300 feet long which was travelling from China to Europe. This blockage has prevented more than 300 vessels from passing through and ultimately shook the world of maritime commerce. A New York Times article reports, “The Ever Given was partially refloated in the early hours of March 29, and by around 3 p.m., the ship had successfully been freed and appeared to be on the move, according to vessel trackers and observers at the scene.” The ship ran aground due to poor visibility and high winds which sent authorities running to free the near quarter mile long vessel. There were many different methods that the workers tried to free the aground ship: pulling the ship with tugboats, dredging underneath the hull and using a front-end loader to excavate the eastern embankment, where the bow was stuck.

With the Ever Given blocking the Suez Canal, it led to many other ramifications that were detrimental to the global shipping industry and businesses across the world. BBC News mentions that “…the stranded ship was holding up an estimated $9.6bn of trade along the waterway each day. That equates to $400m and 3.3 million tonnes of cargo an hour, or $6.7m a minute.” The blockage of the Suez Canal posed many challenges and hard decisions that firms had to make. For example, if the canal was blocked any longer some firms would have to pay to order more products and also have them sent by air which costs three times more than shipping it. Thankfully, for most firms it did not come to that and the Suez Canal remains open.