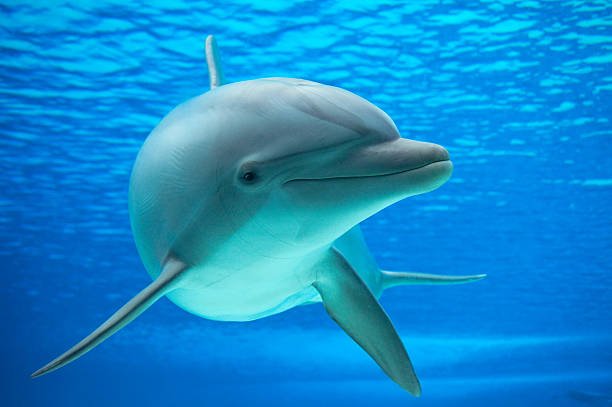 Dolphin photographed in an aquarium from an underwater window.

The beloved star of the Dolphin Tale movies, Winter sadly passed away the evening of November 11th. Many were inspired by her story, which is clear when reading some of the memories posted by fans on social media, and the memory site devoted to Winter. This beloved dolphin has led an incredible life, with both pain and happiness.

Winter’s story begins in the muddy shallows, north of Cape Canaveral, December 2005. She was only 2 months old when a fisherman found her, with her tail entangled in a crab trap. There was no other option, but to amputate her tail. Luckily, she soon after got a prosthetic one and could swim alongside the other dolphins in the aquarium. She lived in the Clearwater Marine Aquarium in Florida, where she remained until her passing. While living there, she has starred in two movies, both inspired by her life: “Dolphin Tale” and “Dolphin Tale 2”.

Even with all of the medical attention Winter has had available since her rescue, no one could stop her early death. Winter died at the age of 16 which is many years sooner than others of the bottlenose breed, which can normally live up to 60 years. Veterinarian Shelly Marquardt said, “While we are heartbroken by Winter’s death, we are comforted knowing that our team did everything possible to give her the best chance at survival.”

The aquarium staff first started noticing the change in Winters behavior on November 1st. She stopped eating and was behaving strangely. She got treatment around the clock for gastrointestinal infection and was responding well to antibiotics, but that all changed on the 11th. About 15 veterinarians and technicians started preparing her for a “last-ditch effort surgery” when her blood pressure started rising and her breathing became heavy. The cause of death has, after a necropsy, been revealed to be an intestinal torsion, meaning that her intestines twisted inside themselves. But the aquarium board chair, Paul Auslander, has also stated that “These are highly intelligent animals and you got the feeling she’s been through a lot and she didn’t want to go through it anymore.” No matter why Winter died, she died in the arms of the staff that have loved and cared for her.

Many people have expressed their condolences to the Florida museum. One of them is her co-star from the Dolphin Tale movie, Harry Connick Jr. He posted a video on Instagram with the caption: “My heart is heavy tonight… I’ll miss you, sweet Winter – Sending love to everyone at @cmaquarium – Y’all are incredible… Thank you for the work you do… Love you #dolphintale”. In the video, he talks about how amazing Winter was and how sad he is that she is dead. He also expresses his condolences to everyone at the Clearwater Marine Aquarium as well as everyone who got their life changed by Winter.

Winter meant a lot to so many people. That’s also why she has her own page on Everloved.com where anyone can write a memory they have of her or just a short message for her, the aquarium, and everyone else that loved and cared about winter. If you want to write your message or read so many others you can visit: https://everloved.com/life-of/winter-dolphin/memories/?flow=201 and see exactly how beloved Winter was.