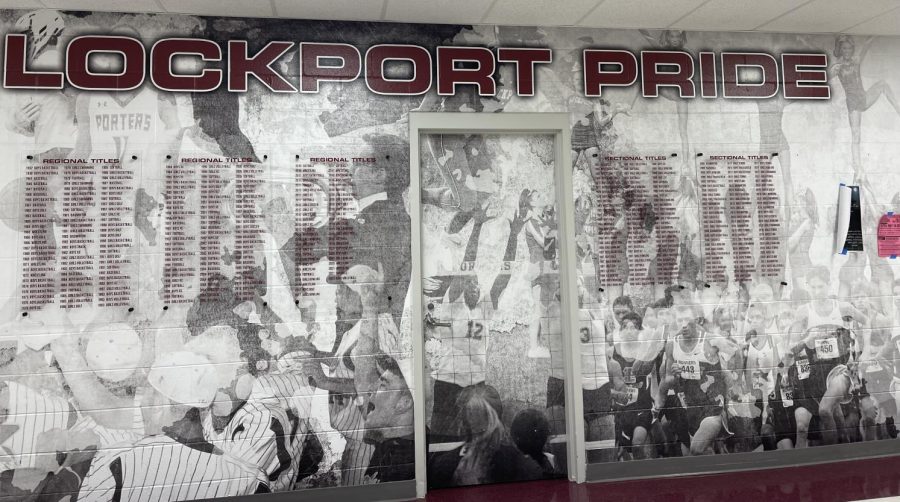 Lockport is experiencing a year like no other. The athletic and academic successes have been piling higher than ever in the 2021-2022 school year with students showing their skills in activities ranging from football to architecture. To celebrate the long list of accomplishments, let’s travel back to where it all started, football season.

What many people view as the success of the year, the LTHS varsity football team pulled off a championship run like no other. Led by senior quarterback Hayden Timosciek, the Porters were able to bring home the first of many state titles welcomed into Lockport’s trophy cases. The football team had an outstanding overall record of 13-1, dropping only one game to Lincoln Way East. The community supported these miraculous athletes till the very end as many came out to view the Porters win state at Northern Illinois University. Just a few years ago the LTHS football team was in a drought of success going 0-9 for the season, but just as people were losing hope, these players and coaches have managed to bring the hardware home.

Not long after, Lockport’s co-ed cheer team became back-to-back state champions. This year’s squad put on a performance like no other, placing first in the large-group category. Not only is this the team’s second state championship, but it is also their fourth state trophy in the past four years. The team was led by head coach Ms. Krumlinde along with athletes ranging from freshman to seniors. With a portion of the successful squad graduating in the upcoming months, the LTHS community will be excited to see what new talent is added to the team.

Bowling, which holds the most state titles at LTHS, brought home another trophy to add to their collection. The girls bowling team was able to beat their competition by 207 pins. Senior Isabella Colon took 6th overall bowling with an average of 209.6 pins per game. With five of the eight varsity girls graduating this year, it will be interesting to see the caliber of talent that the next set of players will bring.

The LTHS boys wrestling team was able to secure third place in the state tournament as a group. Lockport had two boys score first individually: Andrew Blackburn-Frost and Brayden Thompson. The boys wrestling program, while not as widely recognized as say football or cheerleading, has run a fairly successful program that will only continue to grow.

While we had many of our athletic teams win state, some of our career based teams also were victorious. Most recently, sophomore Brent Paller took first place at the SkillsUSA State competition in Peoria. Led by Mr. Mullins, Brent was able to secure first place as the top in the Power Equipment Technology secor. LTHS’ Architecture Design team, led by Mr. Brown, Duzan, and Mostyn, took first place at the state competition. The team contained students Chloe Beery, Robert Karbarz, and Bilal Useini who had what it took to win the top award at the tournament. Not only did our students succeed in engineering based competition, but LTHS’ acapella group, Vocal Point, had an amazing competition season. The group placed third at the ICHSA Great Lakes Semifinal competition in Milwaukee. Vocal Point won many honorary awards including Abby Sanford for Outstanding Soloist, and Claudia Dorbrzanski, Kyra DeNormandie, Ashley Gibbs and Natalie Krawcryk were awarded for Outstanding Choreography. The group exhibited talent never seen before and will continue to outshine the competition.

LTHS students truly made the most of the opportunities given to them this year. The school and community are undoubtedly proud of all these outstanding students and cannot wait to see what next year brings.